Horror for the Holidays: Family Edition

This box has something for every horror fan in your family and includes two adult horror books and one middle grade read. Enjoy your new book haul together by the fireplace!

About Monster, She Wrote by Lisa Kröger and Melanie R. Anderson:

Meet the women writers who defied convention to craft some of literature’s strangest tales, from Frankenstein to The Haunting of Hill House and beyond.

Frankenstein was just the beginning: horror stories and other weird fiction wouldn’t exist without the women who created it. From Gothic ghost stories to psychological horror to science fiction, women have been primary architects of speculative literature of all sorts. And their own life stories are as intriguing as their fiction. Everyone knows about Mary Shelley, creator of Frankenstein, who was rumored to keep her late husband’s heart in her desk drawer. But have you heard of Margaret “Mad Madge” Cavendish, who wrote a science-fiction epic 150 years earlier (and liked to wear topless gowns to the theater)? If you know the astounding work of Shirley Jackson, whose novel The Haunting of Hill House was reinvented as a Netflix series, then try the psychological hauntings of Violet Paget, who was openly involved in long-term romantic relationships with women in the Victorian era. You’ll meet celebrated icons (Ann Radcliffe, V. C. Andrews), forgotten wordsmiths (Eli Colter, Ruby Jean Jensen), and today’s vanguard (Helen Oyeyemi). Curated reading lists point you to their most spine-chilling tales.

Part biography, part reader’s guide, the engaging write-ups and detailed reading lists will introduce you to more than a hundred authors and over two hundred of their mysterious and spooky novels, novellas, and stories.

The Remaking by Clay McLeod Chapman:

Ella Louise has lived in the woods surrounding Pilot’s Creek, Virginia, for nearly a decade. Publicly, she and her daughter, Jessica, are shunned by her upper-crust family and the local residents. Privately, desperate characters visit her apothecary for a cure to what ails them—until Ella Louise is blamed for the death of a prominent customer. Accused of witchcraft, Ella Louise and Jessica are burned at the stake in the middle of the night. Ella Louise’s burial site is never found, but the little girl has the most famous grave in the South: a steel-reinforced coffin surrounded by a fence of interconnected white crosses.

Their story will take the shape of an urban legend as it’s told around a campfire by a man forever marked by his childhood encounters with Jessica. Decades later, a boy at that campfire will cast Amber Pendleton as Jessica in a ’70s horror movie inspired by the Witch Girl of Pilot’s Creek. Amber’s experiences on that set and its meta-remake in the ’90s will ripple through pop culture, ruining her life and career after she becomes the target of a witch hunt.

Amber’s best chance to break the cycle of horror comes when a true-crime investigator tracks her down to interview her for his popular podcast. But will this final act of storytelling redeem her—or will it bring the story full circle, ready to be told once again? And again. And again . . .

Spark and the League of Ursus by Robert Repino:

Toy Story meets Stranger Things in this epic tale of warrior teddy bears and the children they protect.

Spark is not your average teddy bear. She’s soft and cuddly, sure, but she’s also a fierce warrior. At night she fulfills her sacred duty: to protect the household from monsters. But Spark’s owner Loretta is growing up and thinks she doesn’t need her old teddy anymore.

When a monster unlike any other descends on the quiet home, everything changes. Children are going missing, and the monster wants Loretta next. Only Spark can stop it. She must call upon the ancient League of Ursus—a secret alliance of teddy bears who are pledged to protect their human friends. Together with an Amazon-princess doll and a timid sock monkey, the bears are all that stands between our world and the one that lies beneath. It will be a heroic chapter in the history of the League . . . if the bears live to tell the tale.

Be the first to review “Horror for the Holidays: Family Edition” Cancel reply 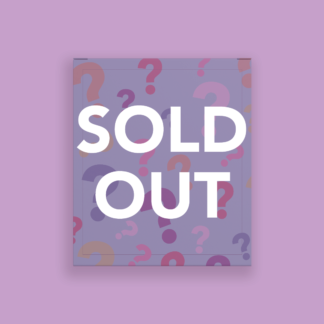 You're viewing: Horror for the Holidays: Family Edition
$40.00 Out of stockAdd to Cart