How to Win the War on Truth

Made to Stick by Chip and Dan Heath meets Thing Explainer by Randall Munroe in this illustrated guide to navigating today’s post-truth landscape, filled with examples of modern-day propaganda campaigns.

This thoughtfully wrapped gift includes a signed bookplate and a note from the author and illustrator.

Made to Stick by Chip and Dan Heath meets Thing Explainer by Randall Munroe in this illustrated guide to navigating today’s post-truth landscape, filled with examples of modern-day propaganda campaigns.

We’re bombarded with information like never before. Some of it’s true, some of it’s spin, and some of it’s flat-out fake news. And that’s by design. Propaganda helps governments and corporations sell us products, lifestyles, and ideas. Sometimes the agenda is harmless, but other times it’s destructive, and it’s not always easy to spot the difference.

Whether you want to be informed on the issues or debunk misinformation wherever you encounter it, How to Win the War on Truth is here to help. You’ll learn:

• The history of propaganda, from Edward Bernays to Fox News
• Why simple messages are so powerful
• Who profits from propaganda
• How propaganda is manufactured and delivered directly to you
• How to find the truth for yourself

Filled with cleverly illustrated real-world examples of propaganda in all its forms, How to Win the War on Truth will help you see the world with clear eyes for the first time. Because when it comes to preserving democracy and fighting for our rights, it’s essential that we do.

Samuel C. Spitale is a media studies expert who has written for Huffington Post, as well as Geek magazine and Advocate.com. Previously, he worked at Lucasfilm Ltd. in global product development. He is the author of Star Wars: Collecting a Galaxy.

Allan Whincup is a former art director who works as a freelance illustrator and designer. His projects include logo design, character design, storyboarding, and creating assets for animation. He has also worked on games, CD covers, and comics. 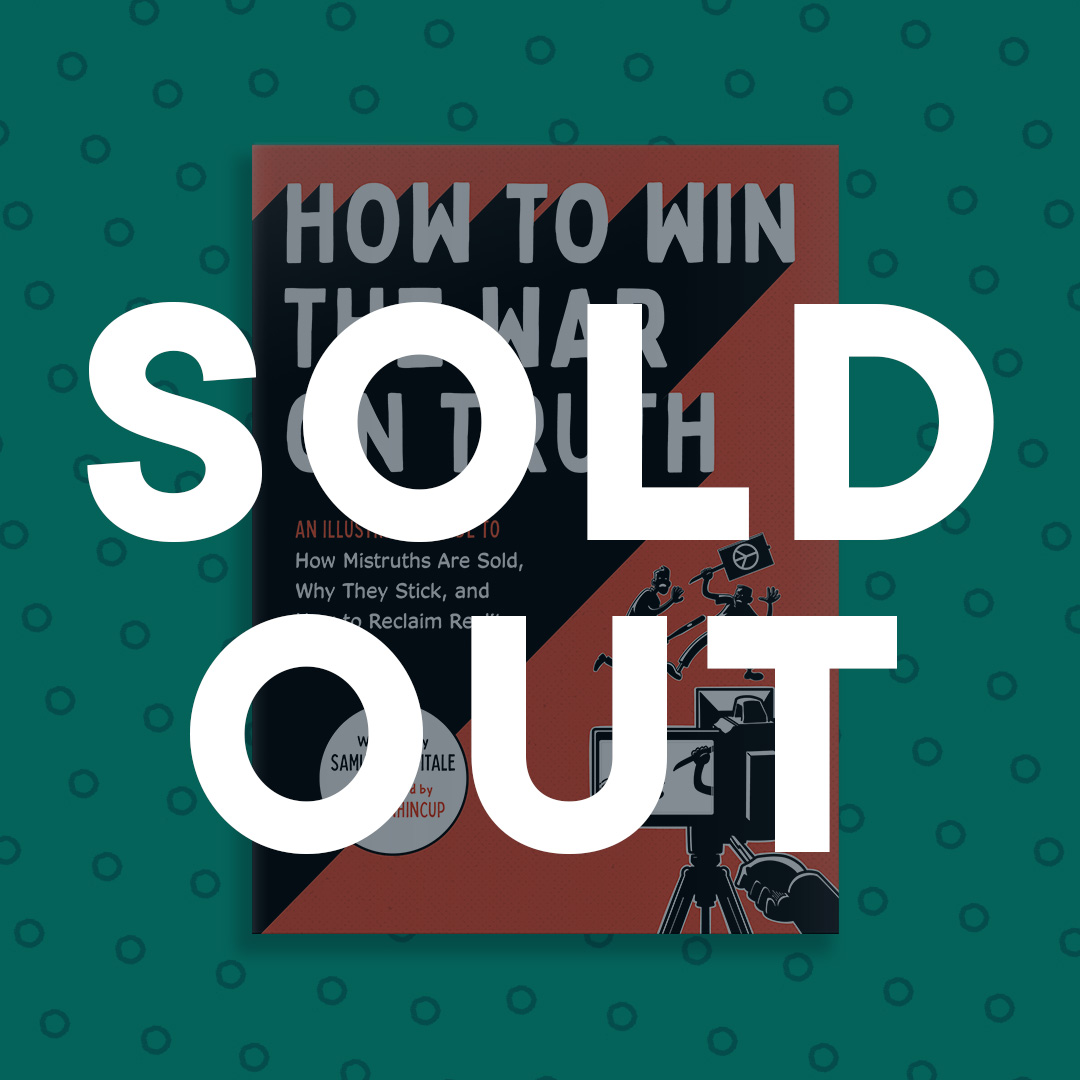 You're viewing: How to Win the War on Truth
$24.00 Out of stockAdd to Cart

Our Holiday Pop-Up Shop is closed for the season. Thank you for supporting us! Dismiss